But SLS is really different 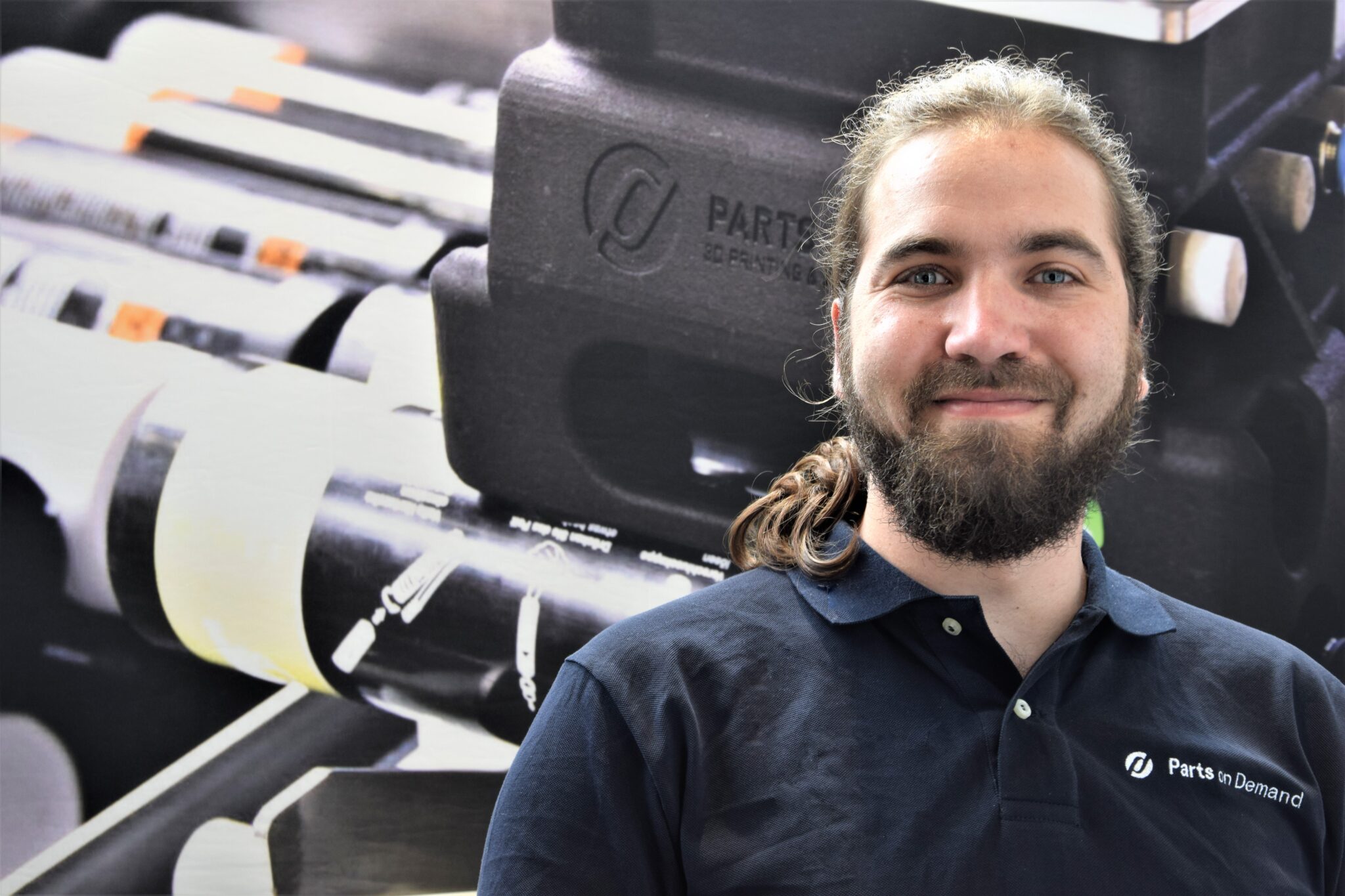 Daan was always a fan of 3D printing

Daan Langelaan is his name. And from the very first moment he saw a 3D printer at work, he was a fan. “That was about ten years ago, and I immediately thought: this is the future!” He enthusiastically explains how he has now been able to make his work out of the technology he was so taken by.

Like many fans, he too bought an FDM printer. A wire is fused together to form an object. “But at SLS, which we work with here at Parts On Demand, it all works very differently. The process is really all new to me.”

That he would find his work in 3D printing was not immediately expected. “I worked in the events industry for a long time, at the Fabrique near here in Utrecht. During the corona period, my work changed a lot, the team gradually thinned out and that ultimately meant that I also said goodbye in the summer of 2021. Without actually knowing what I wanted to do next. First I started working through temp agencies and spent some time thinking about what I really like to do.”

He laughs when he talks about how close he lives to Parts On Demand. “It’s only eight hundred meters away from my house. And I came across the company when I was googling. I responded to an open job posting and then went to meet them. And the rest is history, as they say.”

He has been working at Parts On Demand since March of this year and feels like a fish out of water. “I love it when a company has confidence in its own product and propagates it. Like, for example, at Lego a production line was built out of Lego. That confidence, you can taste that in everything here too. Anything can be printed, we say.”

So at Daan’s house there was already an FDM printer. “There you work with a bed that you build something on. But at SLS you work with a bin in which sometimes as many as 1,500 to 3,000 parts are printed at once. Parts that are printed in parts, that is really 3D. That makes the whole process really new to me. And also the way of finishing is completely new. It is very funny to see how everything works and how fast the company is growing. In the few months that I have been working here now, not only have more new people joined, but a new printer, a PVP machine, a new color machine, and everything had to fit into the space in a logical way. That took some adjusting and measuring, but a little renovation goes a long way.”

Like all other colleagues at Parts On Demand, Daan is learning the whole process step by step. “I started by unpacking the bins coming out of the printer. Then you get a sense of the possibilities very quickly. And each time I went one step further in the process. I have now learned to blast, shotpeen, color, sort and perform quality checks. Only PVP is still on the to-do list. It’s very nice that everyone can be put to work at any location and can jump in. I also find it a nice challenge to learn everything, you gain a lot of confidence in yourself and also in the other people here. Not in the sense that you feel you are being left to your own devices, but that the short lines of communication mean you can go to someone directly and that you really feel the confidence in your abilities.”

“In my working life I have gone from very large organizations to increasingly smaller companies. You really notice the difference. And here at Parts On Demand the atmosphere is very good. Half a word is enough for all of us, and it’s very nice when you can work with like-minded people, because having fun with your colleagues is very important.”

Outside of work, Daan also likes to seek out adventure. Bouldering, wall climbing actually, is his hobby. “I climb to heights of about six feet. And besides that, I like to read, anything that’s loose and tight. Since corona I have become interested in Dungeons and Dragons. You can look online at a lot of stories that other people have played. If you want, there’s as many as nine hundred hours to be found.”

Whether we also want to know his shoe size? Sure Daan, come on through. “45,” he laughs. “But no kidding, what I would like to do is grow with the company. Maybe set up something like a help desk-like department, because you see a great diversity of designs and applications. And with some customers you see that they really make optimal use of the complexity. There’s still something to be gained there for many applications. I think it would be nice to help think about that.”