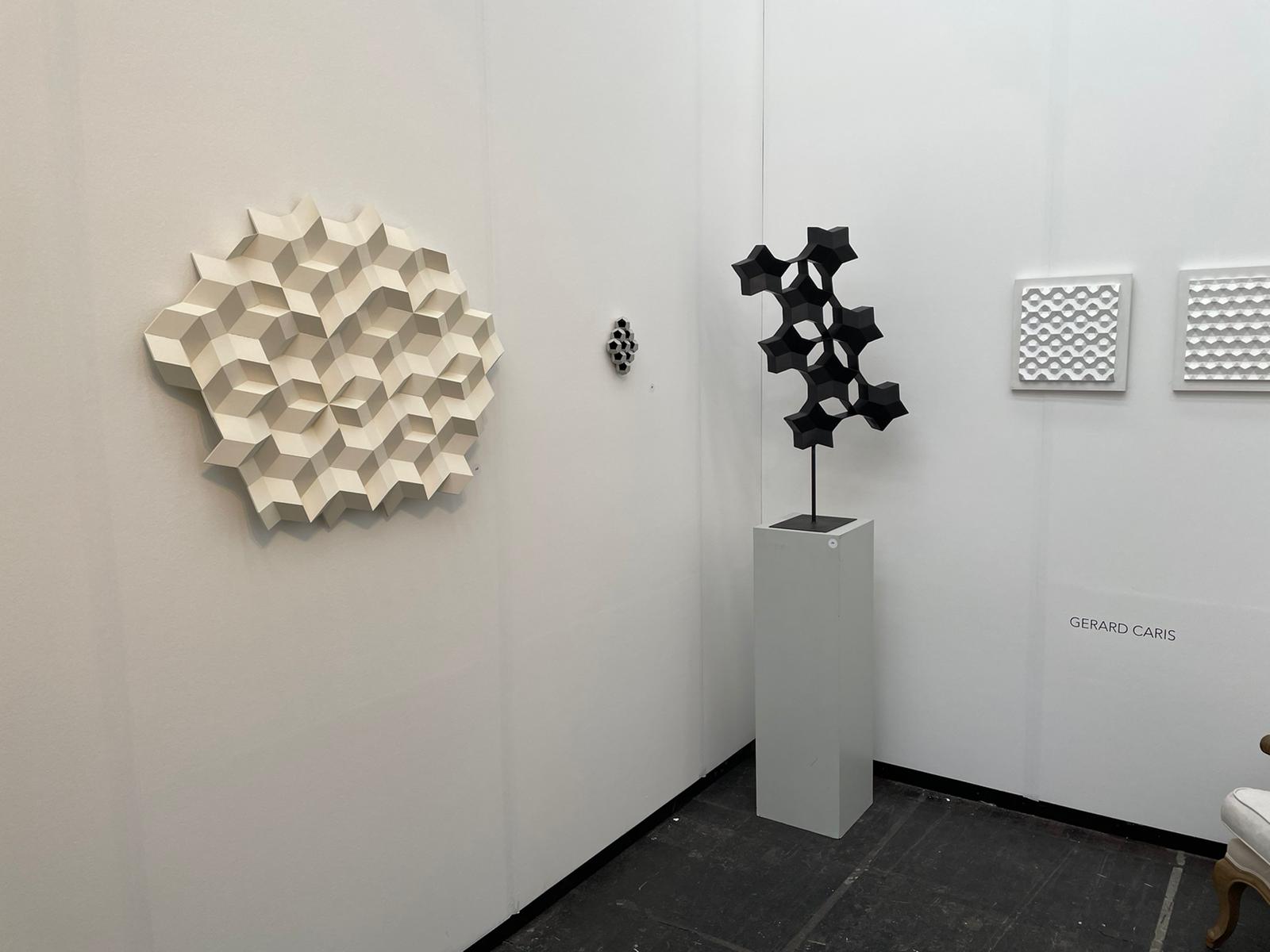 We sent you a gift a few weeks ago: free admission to the KunstRAI. Of course, we went to see for ourselves, so if you weren’t able to, here’s a brief impression.

The KunstRAI is the longest-running art fair in the world. And each year KunstRAI invites a city, region or country to present their art and culture. And this year, there were six galleries from different cities in Japan showing their collections at the “Focus Japan” plaza. The official opening of the KunstRAI was done by the Japanese Ambassador.

But among all the art from the East, you also found plenty of Dutch glory. With so much art from both artists and more than eighty galleries featuring modern and contemporary art, there is something for everyone. The reason for our gift, Gerard Caris’ artwork, like his other works, stood out for its three-dimensional aspect. The combination of geometry and light gives it something elusive. Photographs therefore negate the work. You have to experience his work in real life.

As you could read in our gift announcement, we had a special reason for this gift: the work Relief Structure 11V1 by Gerard Caris. We made a substantial contribution in realizing the 1st replica. And thus laid a foundation for producing a series of artworks.

Mr. Caris himself was present at the RAI for 2 days and said he was very satisfied with the work. And with this first collaboration – and Gerard’s approval – the go-ahead has been given for even more art, science and technology merged into 3D artworks.